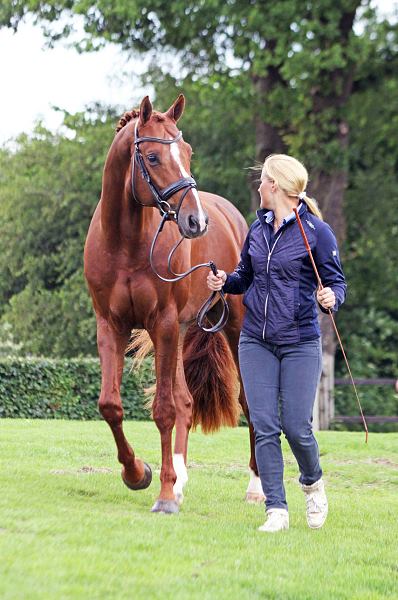 Chicago is a stallion (born 2007) who has a lot of charisma. He is approved by the Oldenburger Horse Breeders Society. As a three year old he finished his performance test with the highest points!

Chicago is developing very well, and wherever he shows up he gets favorable comments about his movement mechanism in all three gaits. Jurors speak praised about his flexibility and power from the hind leg. Chicago won several National dressage competitions with really nice marks and went to the World Championships for Young Dressage Horses in Verden 2012. He ended up 9th in the Small Final and got really nice positive comments. Jonna rode Chicago untill 2014, he is now being rode by the daughter of his breeder.